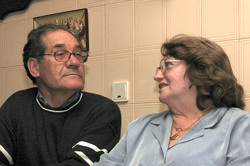 Depth of Theory of the Third Age

Elders: the Third Agers or the Fourth Agers

Not all seniors have dementia, and many of those aged 85 years or older do not have the disease. It is absurd to have too much fear for aging imprudently. Rather important is to learn and implement how to prevent dementia. Prevention is also critical for other age-related diseases.

Launer et al. (1999) conducted a pooled analysis of four European population-based prospective studies of seniors aged 65 years or older (528 incident dementia patients and 28,768 person-years of follow-up) and found incidences of dementia and Alzheimer's disease were similar. According to these researchers, factors for Alzheimer's disease were advancing age (65 years or older), female gender, current smoking (more strongly in men), and low levels of education (more strongly in women). Other than age, the Alzheimer's Association (2014) in the United States exemplified factors of the disease: family history and genetics, head trauma, and head-heart connection.

Ozawa, I. (1998). The world seen from elders with dementia. 1-2. Iwasaki Gakujutu Shuppansha. (Japanese)


Japanese and the Average Life Expectancy at Birth

In 2012, Japan was the top country for the average life expectancy at birth (84 years; male: 80; female: 87) in the world (WHO, 2013). About 450 years ago, however, Nobunaga Oda, who initiated the unification of Japan under the shogunate, with grief mentioned, "One's life lasts for only 50 years …" Actually, the average life span of the Japanese reached age of 50 finally in 1947 (Japan Ministry of Health, Labour and Welfare, 2007). Thus, in Nobunaga's era, just reaching age of 50 was a sufficiently long life.

Laslett (1987, 1991) described that the Third Age would generally begin at retirement (e.g., age of 65 years). That is, the Third Age, a culmination of life, did not emerge yet until the average life expectancy at birth reached age of 65 in a country. Before emergence of the Third Age, most people had only three ages, the First Age for learning, the Second Age for working, and the Fourth Age for reluctantly having decline in health and the death. Like past Japan before its industrial development, in many contemporary developing countries with the average life expectancy before age of 65, the Third Age does not emerge yet, and people in these countries have only the aforementioned three ages.

In 1959, the average life expectancy at birth for both genders finally passed age of 65 (male: 65.21; female: 69.88) in Japan (Japan Ministry of Health, Labour and Welfare, 2007). Thus, Japanese people do not originally tend to live longer. One of characteristics of population aging in Japan is its rapidness. According to Ogawa (1992), the estimated years for the rate of aging (i.e., the percentage of those aged 65 years or older) to rise from 10% to 20% were 79 years for the United Kingdom, 65 for Sweden, 49 for Netherland, and 40 for Canada, but that for Japan was only 22. In the 1980s, in fact, Laslett (1987) already noticed that Japan would be one of countries with advanced population aging.

Peter Laslett (1915-2001), who was a British historian, is known for his rather positive aging theory of the Third Age. In the 1980s, he already recognized population aging in Japan and thus included it as a country where the Third Age emerged (Laslett, 1987; 1991). In 1982, he played a great role to establish Universities of the Third Age, which Pierre Vellas originally founded in France in the 1970s.

Laslett's (1987, 1991) considered population aging and human aging positively and described that retirees in developed countries with advanced population aging could have the Third Age, that is, a culmination of life. From his positive aging viewpoint, he strongly criticized ageism, discrimination to the elderly.

Due to such positive view toward population aging and human aging, his theory of the Third Age changed some gerontologists' negative view toward most seniors positively. Specifically, gerontologists previously tended to apply words “decline, degeneration, disabilities, debilitation, disease, dependency, deterioration, and decrepitude” (Sadler, 2006, p. 12) to seniors. Currently, such negative concept toward most seniors changes to those living healthily without economic difficulties due to sufficient pension (Laslett, 1987, 1991; Sadler, 2006).


University of the Third Age (U3A)

In 1973, in Toulouse, France, Pierre Vellas founded les universités du Troisième Âge (the Universities of the Third Age: U3A) in order to provide learning opportunities for seniors relatively healthy and active (i.e., third agers). In 1982, in the United Kingdom, Laslett (1991) greatly contributed to establishment of the U3As, based on his own positive aging theory of the Third Age. Since then, U3As or the similar senior educational institutions have been established in developed countries, including Japan.

The French U3As differ from the British ones as follows.

1. The French U3As have close relationships with traditional universities and municipalities, whereas the British ones are independent from these.

2. In the British U3As, group leaders whom seniors themselves designated lecture on their experience, and thus no one emphasize the academic level. Meanwhile, in the French U3As, academic instructors conduct lectures to retain high academic level (Chin-Shan, 2006, pp. 829-833).

That is, the French U3As are in a style similar to traditional universities for first agers, while the British ones are purely for third agers.


Gender and the Third Age

Laslett (1991) indicated that women increasingly worked out of home to support family finances like men and to earn child education and family trips. Yet, women tend to retire earlier than men do. That is, the Third Age is likely to begin earlier for women than for men. Therefore, appropriate is Laslett's (1987, 1991) insistence for the respective four ages to begin with a personal choice, not a person's birthday or a year around the birthday.